In August 2010, the China Daily reported, “The number of private enterprises reached 7.5 million, accounting for half of China’s gross domestic product, 70 percent of the nation’s technical innovations and 60 percent of its patents.” In addition, “China’s top 500 private companies have surpassed State-owned enterprises in many indicators, especially tax payments and employment creation, according to a report from the All-China Federation of Industry and Commerce.”

In fact, Bloomberg.com says, “Many of the world’s richest self-made women are Chinese,” and Psychology Today.com tells us, “Women own more than 40% of private businesses in China.”

Meet one of those women. Judy Leissner was 24 when she became the CEO and President of 168-acre Grace Vineyard in Shanxi province, south of Beijing after she quit her job at Goldman Sachs.

The first grape-vine plantings were in 1997 and the first vintage in 2001. Judy started the winery because her father liked to drink. Today, Judy produces a quality wine—about 700,000 bottles annually.

Most people do not know that quality wine is produced in China. In fact, Judy has competition since there are about 400 wineries in China.

Judy says there is an opportunity in China to make a lot of money in a short period of time, because the country is developing and growing. 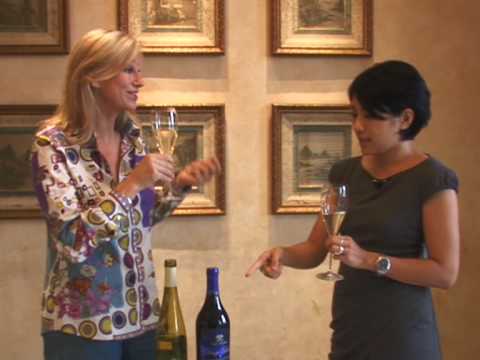 The difference between the wine market in China and the rest of the world is that most drinkers in China must drink because they have to. It’s part of the culture of doing business and developing guanxi.

In an update, Grape Wall of China.com visited Grace Vineyard in September 2011, and Jim Boyce says he visited Grace CEO Judy Leisser. He says, “About a week ago, she sent an email that the wines Grace bottled under screw cap earlier this year are doing fine and, if all goes well with final trials, the winery will switch closures this year for its entry level and premium level wines. Grace’s Premium Chardonnay ranks among the better Chinese wines and is found in top hotels and restaurants in Beijing and Shanghai.”

In addition, in an interview at 24×75.com with Judy Leissner October 17, 2011, she was asked how different the work environment for Grace Vineyard was compared to Goldman Sachs where she worked prior to becoming CEO of the vineyard in Shanxi Province. She said, “Goldman Sachs is a fast-pace, can-do, efficient place.” However, for the winery, she said, “The whole atmosphere was rather sleepy.”

In another question, Judy was asked about social responsibility and what those two words mean.  She responded with, “We guarantee our growers basic income… Grace is a perfect example of an environmentally friendly and sustainable business. We provide many jobs for people from nearby villages.”